A today, 19 November of 2014, We just put the First Watch Tous in our showcase. We are pleased to form part of another emblematic Spanish company and that you can find the Tous watches here, in Vélez-Málaga, in the heart of the Axarquia (Malaga)

Tous and its start in watchmaking.

Tous is knows everything: origins (1920 Manresa), stages (in 1965 marry those who are the owners of Tous, Salvador and Rosa; 1985 born the company symbol, the bear; 1992 He joined the family business daughters; in 2008 New Silk opens), people It formed the company and characters that have passed under its influence (Eugenia Martínez de Irujo, Kylie Minogue, )… But if we focus on the manufacture of watches, Tous decided to expand and diversify its business over the years 80, consolidating its name in the world of watchmaking.

And how was born the? symbol by which we know your brand? As in 1985 Rosa Tous found a Teddy bear in a shop window and thought that all have had a stuffed in our childhood It brings back nice memories, so decided to create it in gold. When is projected new collections of watches Tous, is always present somehow.

Although Tous jewelry is only focused on women, Tous designed watches for Knight as Lady. With one catalogue of more of 150 watches, Tous is currently an established company in the world of watchmaking. And while its symbol permeates many of his collections of watches, Tous launches contemporary to the days in which we live, What Golden watches charge profile, with large boxes.

In our shop We work only lady watches Tous by think that they better capture the female essence; the bear is a symbol linked to childhood of many women and is easier to implement it in lines of watches for women. Women Tous watches most are made of steel, some of them gilded with yellow or red gold IP technique, with mineral glass and with the average permeability resistance (use of the clock in everyday except shower). But as you can see, Tous also used other materials in the manufacture of watches.

The watches are also present for girls communion.

If you don't watch all of woman or man you are looking for, You can ask us by mail (mjfernandez@joyeriamiguel.com), our contact page or to our phone 952500383. You We will help What we can without commitment.

WATCHES TISSOT
GET IN

TOUS WATCHES WOMEN
GET IN

RAYMOND WEIL WATCHES
GET IN

VICEROY WATCHES
GET IN

SEIKO WATCHES
GET IN

CASIO DIGITAL WATCH
GET IN

WATCHES VERSACE
GET IN

WATCHES FESTINA
GET IN

ORIENT WATCH
GET IN

CERAMIC WATCHES
GET IN

CLOCKS `OVERSIZED``
GET IN

SMART WATCHES GARMIN
GET IN

LOTUS WATCHES
GET IN 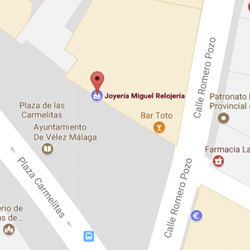